Thoughts on Arena Night and Day - by Simon Garfield 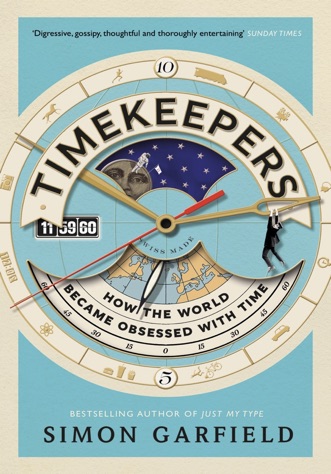 Simon Garfield attended the screening at the Cambridge Film Festival in 2015 and wrote about Night and Day in his book: Timekeepers - how the world became obsessed with time.

Five weeks after seeing The Clock in LA, I drove to Cambridge, England, to attend the UK premiere of another film that lasted 24 hours. These ambitious films were becoming a genre, a durational art form: to examine the notion of time they have to be about time themselves.

Night and Day drew much from the idea of The Clock, for it was also a collage of old footage, but this time it was drawn not from the fathomless possibilities of every film ever made, but from one source - the archives of the BBC television series Arena.

Arena began as a fairly straightforward arts documentary programme in October 1975, but now, 600 or so episodes later, stands not only as one of Britain’s most unpredictable and inspiring entertainments, but also (as one would reasonably expect from the longest running arts documentary series on television) one of its greatest creative resources. It was celebrating its fortieth birthday at the Cambridge Film Festival with an original thought: what if film was tied not to an exact time but a vague one - the idea of breakfast or lunch, or a rush-hour or a Sunday morning.

Night and Day is a more contemplative endeavour than The Clock, voluminous moonscape rather than a strict tempo, and it makes similarly seamless and compelling viewing. As before, one watches for hours, and time is both central and irrelevant, a magnificent obsession.

The talent on offer is immense on both sides of the camera, and one is swept into a rousing tide of optimism for the arts. This is their value. If we spend our time wisely we can both make and appreciate the worthwhile things in this world.

I took a break from the screening to talk to Arena’s series editor Anthony Wall, who has been involved with the programme almost from the beginning and is now responsible, with film editor Emma Matthews, for this new grand tour. Wall told me he saw no reason why Night and Day couldn’t now run on digital demand continuously and forever, both online and as an app. Whenever you tuned in, the programme would be in step with you.

But unlike The Clock, Night and Day is not a fixed or completed work, and so Wall and Matthews will adapt their choice of material to the seasons (nightfall will be earlier in the winter than in the summer) and to the days (when the film is screened weekends it will have a slower pace and fewer scenes in offices).

I’ve always wanted to find a documentary that never needed to end, and I think I’ve found it. The extraordinary thing is, you take a sequence that had a predetermined intention, and you cut it up and put it in a different place in time, and it has a whole new meaning. I think as a viewer looking at something over a long time we are attracted to a combination of order and chaos. But the key thing is that you can’t stop the film and corrupt the timing, any more than you can stop Big Ben.

From Timekeepers: How the World Became Obsessed with Time by Simon Garfield
published by Canongate Books, 2017